January 10, 2019. The opening ceremony of the Museum of GC RAS took place on December 27, 2019. The museum space was organized in the recently renovated premises of the basement. The exposition includes four thematic halls. The exhibition space is united by a time line marking the milestones in the history of the Center.

The first hall tells about the participation of our country in the International Geophysical Year (IGY) - the most important event in the history of geophysics in the 20th century. GC RAS was founded in 1954 as the Interdepartmental Committee for IGY. Also, in the first hall exhibits a number of historical documents relating to the activities of the Center.

The second hall is dedicated to the World Data Centers (WDCs), which have been continuously operating in GC RAS since the 1960s. WDCs were originally engaged in the exchange and storage of data obtained during the IGY. Subsequently, the WDC began to accumulate relevant information on various disciplines in the field of earth sciences. The exposition presents samples of various storage media (paper punch cards, magnetic tapes and floppy disks, microfilms) and equipment for working with them. Samples of collections and catalogs of geophysical data from different years are presented.

p>The final fourth hall illuminates the modern activities of the Center. A separate exposition is dedicated to the history of international conferences organized by GC RAS. There is also a digital visualization device with a spherical screen for presentations.

The opening of the museum was an important step in preserving the historical heritage of GC RAS. 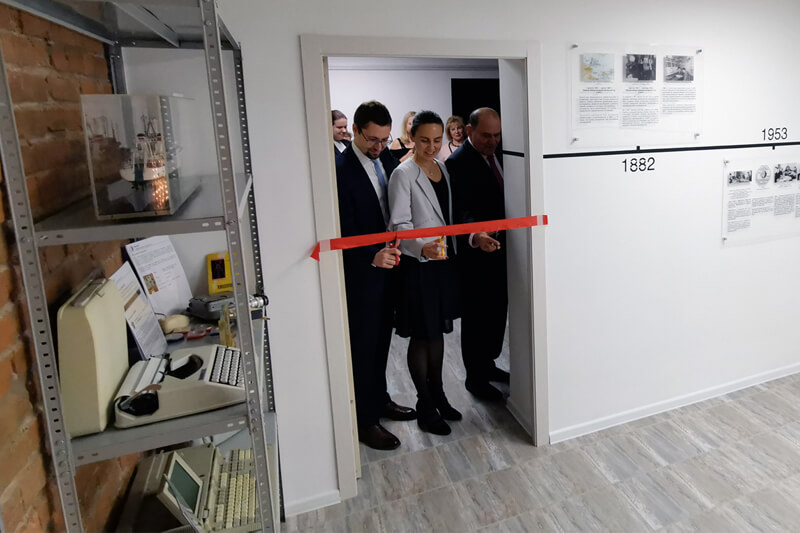