October 25, 2018. A joint press conference of the RAS Working Group on the quality assessment and selection of journals in RSCI (Russian Science Citation Index), Clarivate Analytics (Web of Science) and NEB (eLIBRARY .RU), devoted to the results of monitoring the quality of journals in 2018 and making changes to the RSCI list, took place in the meeting room of the Presidium of the Russian Academy of Sciences (Leninsky Prospekt, 14). Deputy Director for Science of GC RAS, Corresponding Member of RAS Anatoly A. Soloviev, a member of the specified RAS Working Group, took part in the press conference.

RSCI is a separate national database of the best Russian journals, hosted on the Web of Science platform. At the press conference, the new Regulations of the RSCI bibliographic database were announced, establishing the rules for its formation and maintenance. Vice-President of RAS Academician Alexei Removich Khokhlov, Chairman of the RAS Working Group Academician Anatoly Ivanovich Grigoriev and its members told how decisions were made to include/exclude journals in the RSCI database. Despite the fact that a journal’s entry into RSCI provides its visibility to the international scientific community, this does not mean that it belongs to the “core” of the Web of Science (Web of Science Core Collection). According to the National Project "Science", approved by the Decree of the President of the Russian Federation dated May 7, 2018 No. 204 "On the national goals and strategic objectives of the development of the Russian Federation for the period until 2024", by the end of Web of Science Core Collection and Scopus must include at least 500 Russian magazines. To date, there are only 172. According to the National Project, by the end of 2024, the Russian Federation should take the fifth place in the world by weight in the total number of articles in publications indexed in the specified databases. Today, according to this criterion, our country ranks 11th.

The Russian Journal of Earth Sciences, published by GC RAS, was included in the RSCI database at the first stage of the selection of Russian journals, which took place in 2015. Recently, it was transferred to the category Emerging Sources Citation Index and entered the Web of Science Core Collection. 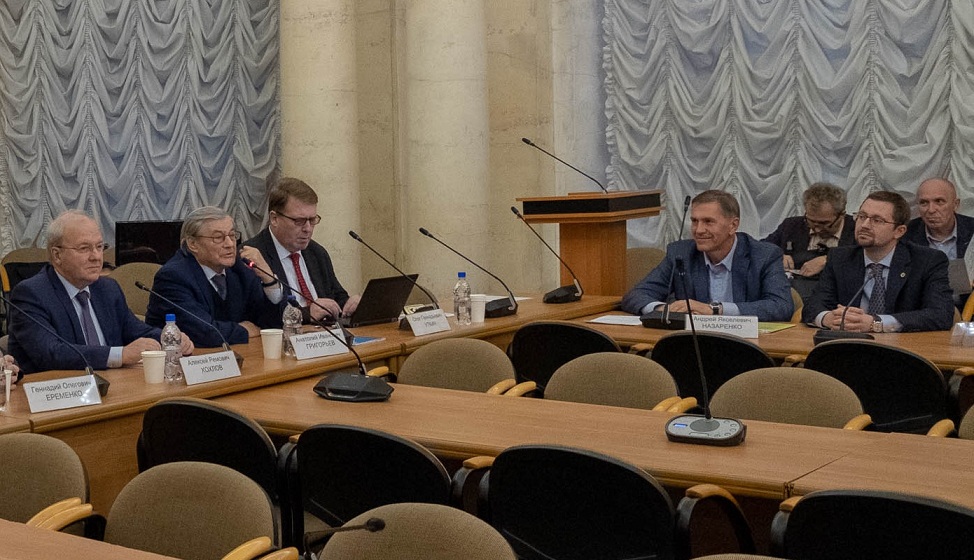