July 29, 2019. A memorial conference “International Cooperation in Earth and Space Sciences” was held at UNESCO headquarters in Paris. The conference was dedicated to the 100th anniversary of IUGG, founded on July 28, 1919 in Brussels. An honored guest of the conference was Prince Albert II of Monaco, who was awarded the title of Honorary Member of IUGG for "outstanding contributions and support to research on climate, water, biodiversity and the ocean".

The conference participants made presentations addressing the issues of science responding to the needs of society and solving its pressing problems.

On the occasion of the 100th anniversary of IUGG, Copernicus Publications has published a special issue of the international scientific journal “History of Geo- and Space Sciences”.

In the photo from left to right: Chairman of NGC RAS Academician A. D. Gvishiani, President of the National Academy of Sciences of the USA, Foreign Member of RAS M. McNutt and Secretary of NGC RAS R. I. Krasnoperov. 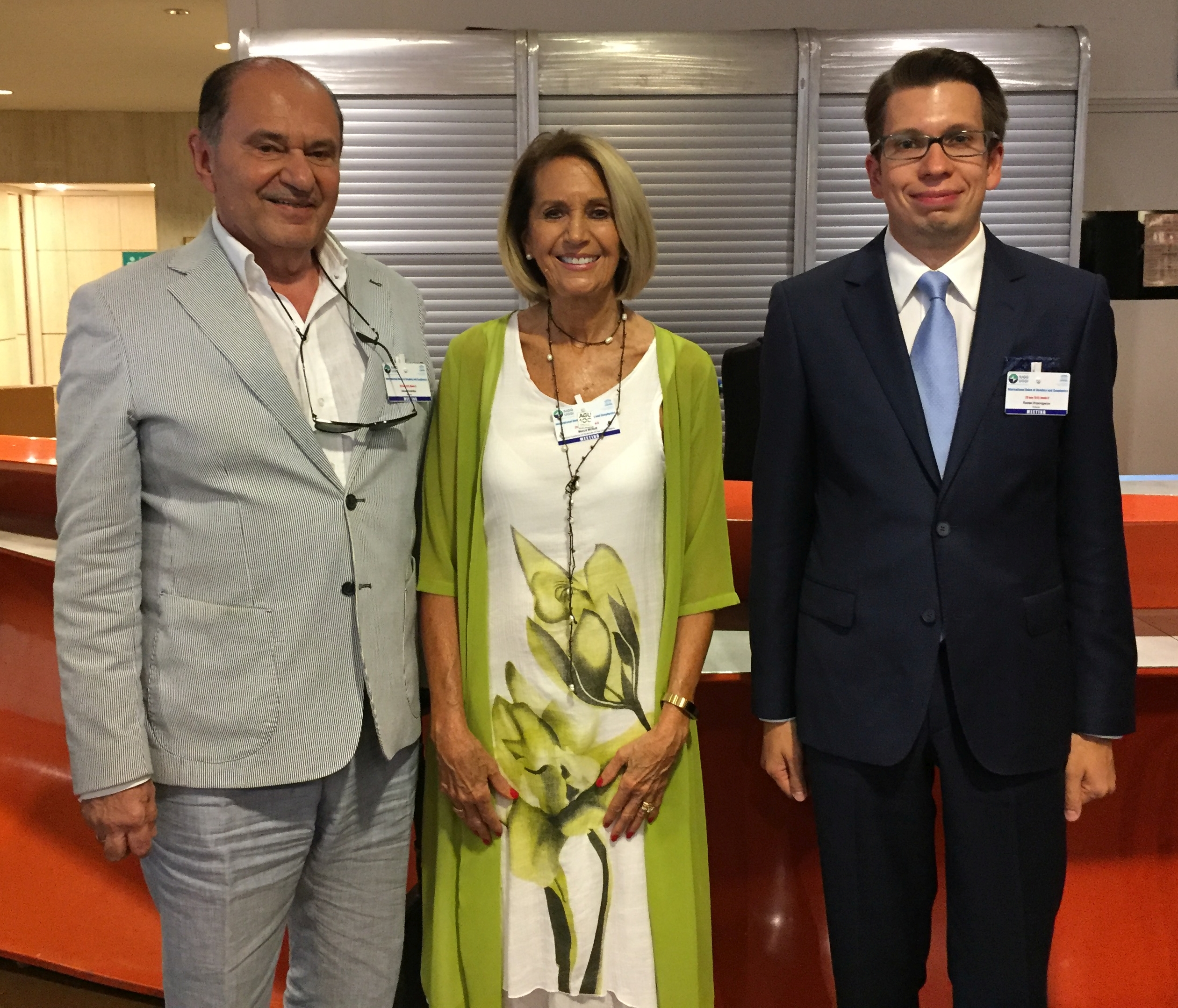