On this day, the IUGG Council also held a presentation of applications for holding the XXVIII General Assembly in 2023. Representatives from the following cities made presentations: Athens (Greece), Berlin (Germany), Guadalajara (Mexico); Geneva, (Switzerland). Based on the results of the hearings, a rating vote was taken by members of the Council. According to the results of voting, Athens and Berlin entered the second round. The final decision on the venue for the next IUGG General Assembly will be taken at the third meeting of the IUGG Council on Tuesday 16 July. At the IUGG Council meeting, Russia was represented by Corr. Member of RAS A. A. Soloviev.

Also on July 12, the first meeting of the IAGA Council of Delegates was held. The national delegate from Russia was Corr. Member of RAS A. A. Soloviev. The agenda of the meeting included reports from IAGA President Eduard Petrovsky (Czech Republic) and IAGA Secretary General Mioara Mandea (France/Romania). IAGA Vice-President Monika Corte (Germany) reported on the 4th IAGA School for Young Scientists, which was held July 3-7 at the Biological Station of the University of Montreal. The school was attended by 24 students, three among them were from Russia.

Representatives of the five IAGA Divisions made progress reports. The chairmen of the IAGA interdisciplinary commissions - the Commission for the Education and Promotion of Science (ICEO) and the History Commission (IDC) - made presentations on their work. The IDC Chair A.A. Soloviev spoke about the work of IDC. 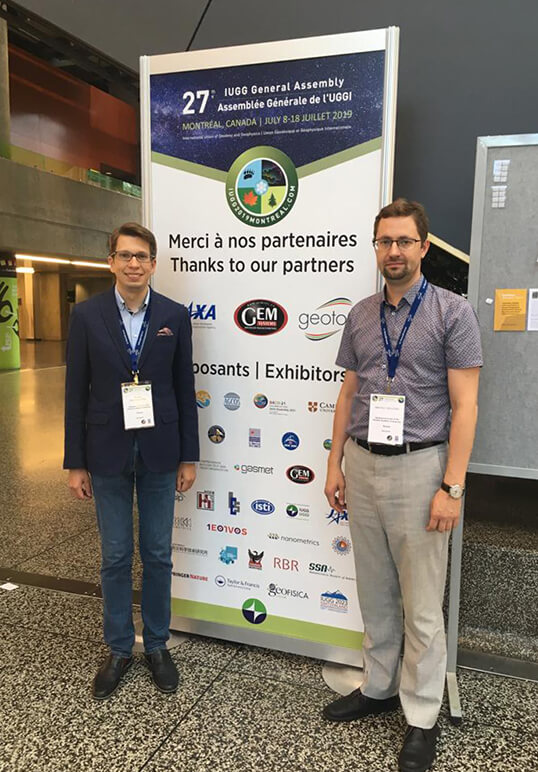