May 22-30, 2019. Arkhangelsk hosts the Arctic Science Week Summit, held annually by the International Arctic Science Committee. The venue for the event, which was attended by speakers and guests from 29 countries consisting of about 450 people, was the Northern (Arctic) Federal University named after M.V. Lomonosov (NArFU). Acting Director of GC RAS Corr.member of RAS Anatoly Alexandrovich Soloviev made a plenary report at the summit on “Geomagnetic field dynamics in the Arctic region: sources, observations and models”.

A. A. Soloviev also took part in a number of events dedicated to the creation of the Scientific and Educational Center (SEC) on the basis of NArFU: “The Russian ArcticNew Materials, Technologies and Research Methods”. The Arkhangelsk region forms an application for the competition of world-class SEC in the framework of the national project "Science". According to the May Decree of the President of Russia, until 2024, 15 such centers should be created in the country. At meetings with experts and partners, the essence of the project and the benefits of the Arctic SEC were discussed. In particular, the summit discussed the participation of GC RAS in the work of the future REC in terms of research in geoinformatics, geophysics and systems analysis. 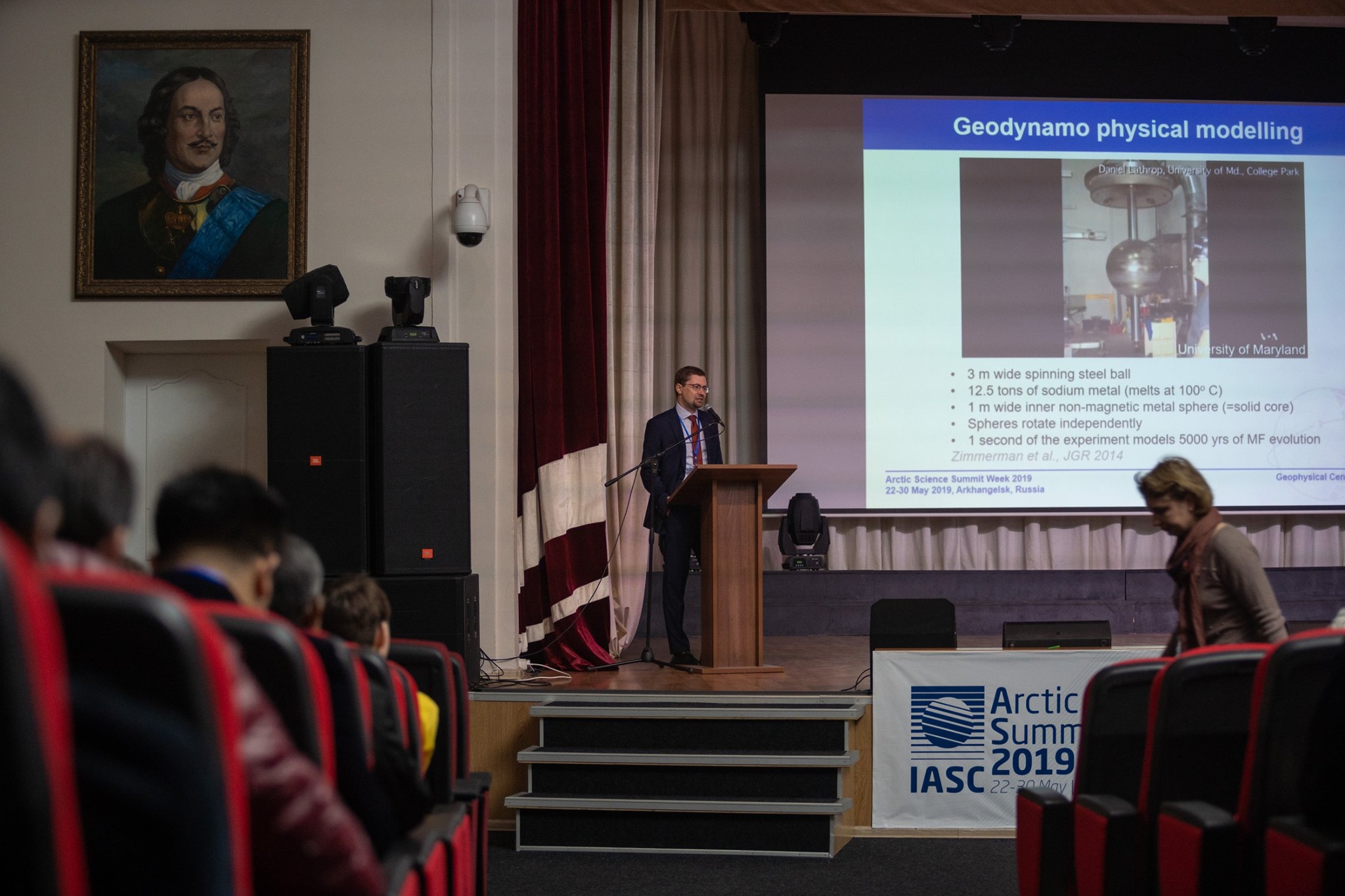