The European Cosmic Ray Symposium was attended by leading scientists from all over the world who are experts in the field of astrophysics. During the event, the following main topics were covered: cosmic ray physics, gamma-ray astronomy, neutrino astronomy, dark matter physics, solar-terrestrial physics and heliosphere, theory and models of cosmic-particle physics.

D. V. Peregudov and M. N. Dobrovolsky presented the intermediate results of the project "Creation of a method for early diagnostics of geomagnetic storms based on digital processing of time series of observational matrices of a muon hodoscope" (led by A. A. Soloviev):

In the photo: D. V. Peregudov, senior research fellow at the Laboratory of Geoinformatics and Geomagnetic Studies of GC RAS. 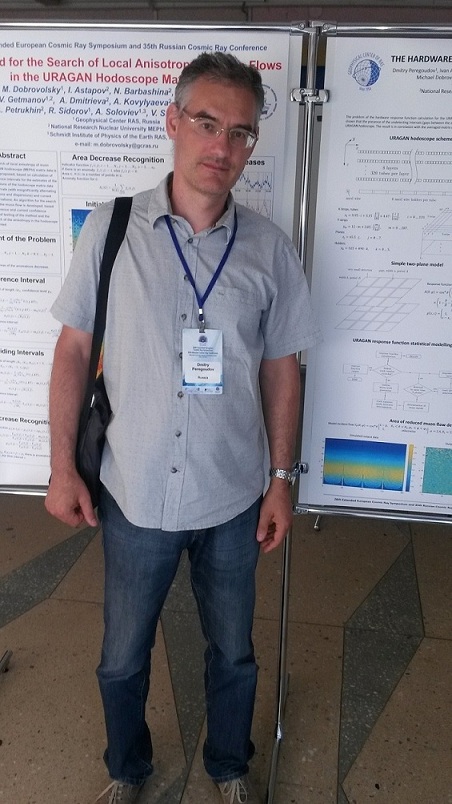